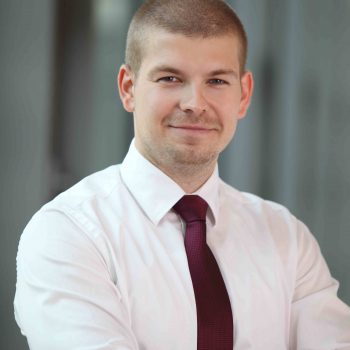 Head of Automation and Technology at Slovenská sporiteľňa

Andrej Simkovic is the Head of Automation and Technology at Slovenska sporitelna. While studying Applied Informatics, he began his career as an IT administrator. As time moved forward, he switched from a command line of operating systems to the project management and team coordination. His positive attitude to technology, work with people and continuous effort to improve, led him to the DevOps area.
He joined Slovenska sporitelna after successful implementation of the DevOps platform in Tatra banka at the end of 2017. He is currently working on his second transformation project, which is bringing new tools and concepts, changing traditional processes, automating, but first of all breaking the barrier between two IT worlds – Development and Operations.