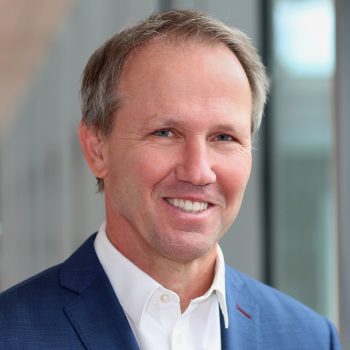 Member of the Board of Directors

Milan Hain graduated from the Faculty of Mathematics and Physics at the Comenius University in Bratislava, where he received also his PhD, pursued also at the University of Technology in Eindhoven. He also pursued various special programs such as the prestigious London Business School to improve his managerial and professional skills. He started his banking career in 1993 in VÚB where he held various positions including Head of IT Development. In 1999 he joined the communication sector as Chief Information Officer and remained there until 2012. He then started working for Raiffeisen Bank in the Czech Republic. From July 1, 2018, he became a member of the Board of Directors of Slovenská sporiteľňa, responsible for IT and bank operations.